We Need More Radicalisation in our Schools 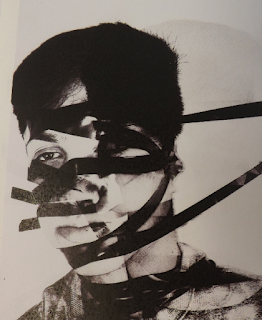 In his novel,“1984,” George Orwell wrote,“First they steal the words, then they steal the meaning,” reflecting the manipulation of public opinion by those in power.

Beheading a man on video for the propaganda purposes of a military, religious or ethnic cleansing agenda is obscene, immoral, irreligious, barbaric and dreadfully wrong. They are not alone in committing atrocities but the most notorious go under the name ISIL or ISIS.They carry out ritualised, monstrously filmed acts of barbarism to attack the west, promote their political agenda and to provoke our governments’ response. They seek our disgust and anger.

Jihadi John, Kuwaiti born but London educated, is the face in front of a number of beheadings.

I expect the odd nutter to be ringing LBC when the subject is the possibility that Jihadi John will be captured, not executed, and put on trial in Britain. On Sunday lunchtime the host, Petrie Hoskin was that nutter. If arrested on terrorist charges Jihadi John would be interrogated in the British manner – "tickled with a feather whilst being fed cream cakes," and then would be imprisoned, "to watch Sky TV and play pool." Rather, "We should leave him in the desert to rot……wiping his backside on sand." Wow!

One of the ways countries garner opposition to enemy regimes is to engage in atrocity propaganda.The New York Times wrote that the vast numbers of civilian casualties from drone attacks by the USA, “has replaced Guantanimo as the recruiting tool of choice for militants.” (29th May 2012.) Imagine being in a village observed by one of the UK’s 10 armed Reaper drones regularly in flight and failing to distinguish this drone from the hundreds of American drones dropping bombs and sometimes killing your neighbours.

The FAA testified to congress that there were 7 times more aviation accidents involving drones than the average for aircraft. (15-07-2010) They sometimes crash on unintended targets but try telling this to the accidentally bereaved.

Then the atrocity propaganda goes to work with ISIS claiming the western governments are deliberately murdering women and children. Apolitical, non-violent, good people see evidence of what they are shown as war crimes and perhaps some are radicalised by the visual confirmation of ISIS rhetoric.

The queues outside Provisional IRA recruitment centres were longest after the civilian deaths on Bloody Sunday and the death of the hunger strikers.

There is nothing new in propaganda vilifying one's enemies as a tool to aid recruitment and to make sure we knew who to hate. In World War One British people were fed stories of the Germans raping nuns and walking around with a string of bayonetted babies. The Hun was a barbaric savage and needed to be killed

Before he slaughtered thousands of ordinary Irish men and women Cromwell received reports of the rebels ripping open the wombs of pregnant women.

Russians did not drop toy-shaped mines on Afghan villages in the 1980s and there is no evidence that Jews drank the blood of murdered infants in 15th century Europe either.

Jihadi John feeds potential sympathisers atrocity propaganda about the west and we add some truth to this by drone attacks and what some see as invasions of Afghanistan and Iraq. US drones have killed hundreds of civilians furthering anti American sentiment and destabilising the communities that are bombed. There are videos of our soldiers torturing Iraqis and a recent conviction for executing a wounded Afghan enemy.This is how we radicalise.

In England we are looking out for young people who may be radicalised to leave this country in order to join ISIS in their war against us.

ISIS murdered 31 British tourists in a despicable, cowardly attack on unarmed tourists in Tunisia. The civilised amongst nation states need to oppose and defeat ISIS and similar terrorist groups.

We do not do this by demonising our own British Muslim population.

Young men have always been up for a spot of battle. They bravely signed up to fight in WW1, to fight on both sides in the Spanish Civil War and they were eager to join up for WW2 as well. When I spoke to a squaddie’s mum she told me that her son wanted to be in battle and that he signed up to fight not to learn how to drive lorries in peacetime.

Some young Muslim men listen to a demagogic orator who offers a way forward, anger at being considered worthless, and even a place in some sort of paradise. If we create the idea that all young Muslims are dangerous we reject them and we may claim some credit for their radicalisation. If British society was fair and non-discriminatory and if we looked to give every child a crack at achievement and employment the calls to radical action would be negated. Racist attacks on Muslims doubled last year; we abuse and disenfranchise at our peril

I want schools to be able to discuss radical ideas. Not for the first time, I want to say that encouraging single faith schools leads to a lessening of open discussion and logical, moral thinking amongst our young. Surely the refusal to insist on secular state schools means we tolerate faith schools praising and proclaiming their own religion just a bit. Allow and encourage faith schools and we must accept that elements of separatism will pervade. Faith schools may create an ‘us-and-them’ opportunity, a call to separate life in Britain and an allegiance to other countries and practices.

Email me if you’d like a young Catholic London Irish view from the 1970s.

We ought to offer more challenges to accepted morality so that maybe our young people will adopt a righteous life, caring for others in an unsentimental way and believing that, whatever our racial origins, life in Britain does include us. And we ought to be giving our school students the opportunity to discuss the crises facing the UK, to debate war and peace, freedom and barbarism, right and wrong. To have young Muslim boys taken away to quiet rooms for interrogation after they have uttered some pro ISIS sentiment is not the way to defeat terrorism or the misconceptions on which it is based. Drive free speech underground, force questioning children to be silent and that’s the end of democratic society. Free speech – is that too radical?,

Am I still “Charlie” or have we forgotten so quickly?

Let's be radical. Let's work out what we want society to look like and put the ideas up for open debate in schools without fear of arrest.

I know that may be difficult with food banks, working tax credit cuts and Dave hankering to have his war. Cameron disgracefully condemned the new Labour leader as a “terrorist sympathiser” because he is posing a radical alternative to Blair and Cameron conservatism.

Yesterday, our prime minister announced that he has banned convicted terrorists from working with children. I bet he knows that any criminal conviction- for vandalism, car theft or drunkenness - can bar you already.

What’s the real alternative to an inclusive society?

Killing in the name of a god who never asked us to do anything of the sort?