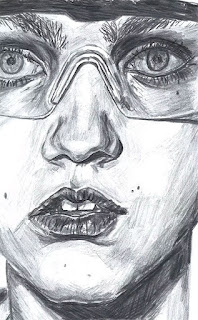 Hard as it must be to be Michael Gove’s plaything, Nicky Morgan has reached new levels of mediocrity as Secretary of State for Education. Poor Nicky always looks bewildered and a vacuous presence in her occasional pronouncements.

At a time when there is a teacher recruitment crisis, massive spending cuts in schools, government decreed falling GCSE results and school leaders preparing to retire en masse in 2017, Nicky is our education leader. On GCSE results last week she said not a word. Her plan to solve the recruitment problem is to ban evening emails in order to ease teacher workload. On funding: silence. When proclaiming the success of academies she cannot understand that some fail; and she repeated the same rote evasion, over and over. Nicky claimed that Ofsted could inspect academy chains when they can’t. Statistically inept, she went public to chastise all schools with less than 60% GGCSE success as coasting and therefore in her big bad books, ignoring prior attainment, selective schools and normal distribution curves. By definition, no grammar school can be coasting, so that’s a relief.

She tried to appease school leaders, proposing their own policy to them on January 19th, “a school led self- improving system where teachers, school leaders and governors make the decisions about what’s best for their schools,” then added that decisions about the curriculum are best left to politicians.

It is this politician who calls cocked-up exam marking and results ”volatile” and “transitional,” blankly unaware that it is children who are being manipulated, insulted and failed.

Gove destroyed the meritocracy in his DfE, telling senior staff to implement his ideas, not to offer advice. When they suggested decision making based on research he thundered that it would be solely based on ideology.

We have Nick Gibb in a position of power as Minister of State for Education. Proof that hell is full the Gibb colossus of progressive education believes that fancy talk about teaching literacy should be replaced by all secondary school children being made to read the works of Jane Austen. As the remaining blindfolded civil servants praise his naked dogma we have tests for 5 year olds, rushed, unfunded new curricula in every subject in a mess of unproven academy chains and unnecessary free schools put together in a sort of Woolworth’s pick n mix.

So who is running things for Mr Gove and who is going to fulfil his Free School obsession?

The DfE itself has released figures to show that free schools received 60% more funding than state schools in 2014. Academies Minister, that’s another politician in charge of education matters, Lord Nash runs the Future Academy Chain with his wife. One of their schools, Pimlico Primary, was given £17,615 for each of its 26 pupils. Parents didn’t want the school , if they had, they would send their kids there.


Keeping faith schools in business to segregate our children, St Andrew The Apostle Greek Orthodox School has 73 pupils, receiving £18,507 for each of them. Parents didn’t want this school either.

So back to the decision makers. Mr Gove and Mr Gibb set up the Policy Exchange think tank –which is what you do when you want to pretend neutrality, intelligence and wisdom. Current Head of Education is Jonathan Simons, also Chair of Governors at the Greenwich Free School, a position he will be less publicly extolling now that the school has failed its Ofsted inspection,. According to Her Majesty’s Inspector (HMI) the problems were with the quality of teaching, and learning, and marking, and target setting, and student achievement and management. It does have nice buildings. This school has a no mobile phone policy and students are encouraged to provide “intelligence” on suspects who are then searched. Nicky Morgan says mobile phones should be banned. Wonder where she got the idea.

Deputy Head of Education at Policy Exchange –a £2.5 million a year anonymously funded charity – is Natasha Porter whose claim to fame is August 2015 radio declarations that secondary schools should be fined £500 for each student who fails to achieve GCSE grade C (soon to be 5) in English or Maths. So you can see she’s well up on special needs, value added, levels of progress and all that education-reality sort of thing. Perhaps next time she’s looking for publicity she will demand that primary schools are paid by nurseries if 5 year olds cannot read and write.

Dare poor Nicky announce this fine soon to divert attention from the massive money problems in colleges and to innocently amuse her masters?

Gove’s former assistant, the very bright and ambitious Rachel Wolf, appointed aged 25 to be head of his New Schools Network is now in the Downing Street Policy Unit where she is the much admired driving force on education.

Policy Exchange advise Nicky Morgan, The Policy Unit instruct her. Gove pulls the puppet strings, Gibb stomps around in DMs and Nicky will do as she’s told.

Policy Exchange Head of Education sat three feet from me and explained Tory policy: we got elected, we will ignore headteachers and their ilk , do what’s in the manifesto, regardless of education opinion, and you should shut up . Indeed, stop moaning but if something works in our schools, “give the government credit for it.”

So what do they plan to do?

Watch as schools spend all contingency funds, cant set budgets and have to cut teachers jobs. 5% of teachers will lose their jobs at a conservative (sic) estimate.

Close school 6th forms of under 300 and lose minority courses like languages, and expensive ones such as technology and sciences.

Force us all into academy chains.

Fail more kids than pass GCSEs and A levels.

So what do we do? Sink into one or more of sadness, madness, melancholy, despair, resignation and retreat?

Or see that what teachers do is about young people learning about the world and their place in it and possibly even changing it; about real children and their families.

See that teachers in their schools are not just the daytime guardians of the young but the only hope for a moral, just and prosperous society?

Remember to shout, loudly at politicians when they take away the opportunities for our children to aspire, achieve and progress to greatness.

But carry on because allowing this lot to win, and to gloat, will not lead to a restful, contented retirement. You will still be bloody angry, but without a voice.

Funny though, if Nicky was in our schools as a student we would look after her, encourage independent thinking and help her to develop the social and personal skills to stand up to bullies and manipulators. That’s what we do.

Pity her plight; she’s just lost in a world beyond her understanding, She has never known the incredible joy of teaching, the rush, the buzz when children “get it.” Watching children grow as young adults and return to thank us years later, whether it is thanks for exam passes or being patient and listening.

When Nicky fades away all that will be left is a thin layer of dust, easily swept away by a whiff of intelligent understanding. However, I think she is well suited to be Minister for the Armed Forces.