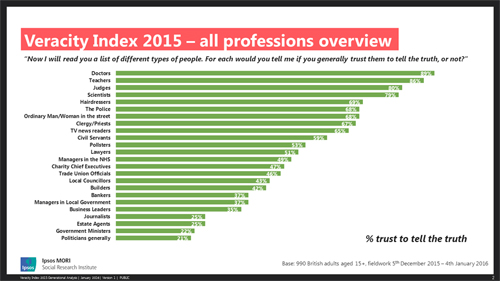 One of the most trusted professions being told what to do by one of the least trusted.
The author, John Connolly, has me pondering my place in his four   stages of adulthood: confusion, anger, complacency and grumpiness Unsure where to stick, I have come across a general election. Although an act of parliament stated that we can't have one for another 3 years and the incumbent prime minister repeatedly said that there wouldn't be one, here we jolly well go.
I intend to write in praise and awe of the teachers I meet every day in my state comprehensive school in Ware. I am hopeful that they are typical of the wonders teachers do around the country, although, perhaps,  my lot are particularly talented, committed and worthy.
Whatever successive, careerist secretaries of state throw at us, many, many teachers will combat government indifference to helping children be safe, happy and successful. The teachers will continue to inspire excitement in learning, inquisitiveness and a love of books and music, engender friendships that will last a lifetime, help plant ambition and nurture greatness. Our teachers will be remembered long after hedge fund managers, lawyers and newspaper editors.
I have no need to re-tread the funding crisis in schools, the perilous state of teacher recruitment, the mad impulsive curriculum, 10 year olds with exam stress or any other educational issues. No-one mentions these in May 2017.
Most football clubs now have a chant that, at Spurs goes, “We’ve got Ali, Dele Alli. I just don’t think you understand…” Well, as a nation, we’ve got Teresa May and I could make it scan if there weren’t more important considerations.
It’s Tuesday evening. I'm not sure but I think our PM just declared war. In Churchillian tones, she broadcast to the nation. Foreign politicians are out to destroy the livelihoods of ordinary British working families. If we don't vote for her in the general election the foreign governments will act as if there are 27 of them and one of us. If we do vote for her then her strong and stable leadership will force the 27 into some sort of cowardly retreat and we will be safe. I wonder if she hummed The Damnbusters theme when the microphone turned off.
Its only right than in times of attack by foreign powers that we stop objecting to the £3billion of cuts in state education over the next 5 years and the parliamentary, Cross Party Education Committee should rescind its statement that government thinking on school finances is “delusional.” Now is the time for increased hate attacks and excessive britishness.
Parliament has been suspended so that we can vote for strong and stable leadership, also giving us the opportunity to address  the teacher shortage.


Gideon Oliver Osborne, heir to his family's Baronetry of Ballentaylor and Ballylemon, better known as Former Chancellor George Osborne is to be paid £650,000 a year to advise the US fund manager, Blackrock. In the Commons register of interests, he disclosed that he would work 48 days a year, whilst being an elected MP.


He has already earned close to £800,000 for speeches made to banks and other firms since leaving office in July, but still serving as an MP


Can he fit in a bit of teaching?


As our government acts on “The British people have spoken!” and possibly, “Two world wars and one World Cup!” it fell to a Finnish  Finance Minister to speak britishness and sense. Alec Stubb quoted Millwall FC supporters, “Everyone hates us and we don’t care,” as a poor opening salvo for Theresa May to use in EU exit negotiations.


Conservative estimates are that the UK will pay a divorce settlement of at least  £50 billion.  However Boris and Nigel promised we will be saving £350 million a week when we leave. I know this is all on its way to the NHS because I saw Boris standing alongside the sloganized bus. When George gets his job teaching Maths to 12 year olds he can do the real life sums. We could use the weekly saving to pay off the settlement by Thursday afternoon of the 142nd week.


Forget the NHS for a bit longer.


Back to admiring teaches with an attack of the memories, courtesy of ASCL General Secretary, Geoff Barton and his former school.
King Edward VI School


School rules for the boys in 1550
Some walk among us who would celebrate such a forward to the past scenario.
An OECD annual report has revealed that teachers in England and Scotland typically work longer hours teaching more pupils than teachers in most other developed countries and have experienced an above-average decline in pay since 2005.

The report also revealed that teachers' pay in England has experienced an above average decline since 2005 while teachers in other OECD countries who also witnessed a recession (Poland, Germany, the United States and Australia) saw their pay increase.

Teachers' unions have complained that an excessive workload is deterring people from staying in teaching – while uncompetitive salaries make recruitment to the profession a challenge.

A spokesman for the DfE commented: "Great teachers are at the heart of this government's commitment to delivering educational excellence everywhere.

"This is why we are not only tackling excessive teacher workload but have also given head teachers the freedom to pay good teachers more, meaning the best teachers can access greater rewards earlier in their careers."

It’s my fault, then.y don't worry about impartiality when reporting on Nationalist's demo's twnright hostile to patriots and the true Brit's.
Except when the awful Katy Hopkins is provoking outrage, I quite like LBC. Whenever teacher pay is mentioned someone always phones to claim that they are self- employed, work 18 hour days, 7 days a week, have no holidays and no pension…..

And seem to suggest that teachers should aspire to such conditions.
Teachers either do badly or well in pay comparisons depending on your admiration of crane drivers.
42. Rail construction and maintenance operatives - £35,781


Teachers do have a contributory pension scheme. Their contributions have been increased, benefits reduced.


The Retail Price Index is the measure of cost-of-living and I hope the table shows that it has risen by 9.6% between 2011 and 2016


JC has been a Head of Department for 15 years.  Here are her pay details.


Whilst the rpi shows a 9.6% increase in prices JC’s take home pay has gone down.


So, to be sorrowful, anguished  or agonised as we stumble into a politically backward, anglocentric isolationism of excessive britishness?  Searching for the soul of our peoples, I look at our teachers and their work with our future and I am comforted and inspired.