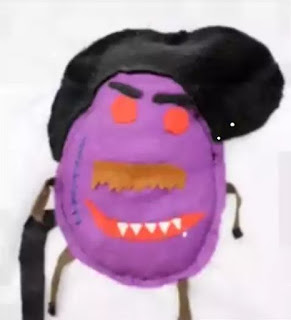 As 500,000 upright British people sign a petition to prevent the madly powerful Trump from visiting the UK we trumpet the great British Value of Free Speech.


Our Prime Minister has his own take on this. If you do not unequivocally support his war, and he has tried four times in as many years, then you are a terrorist sympathiser. My free speech bit goes like this: Islamic State commit atrocities so publicly in order that the west responds by bombing Syrian towns and villages. Syrian Muslims will then see how the evil western powers are killing men, women and children and they will join the war against the west. Mr Cameron is pimping for Islamic State.


Then Mr Cameron, perhaps seeking his own decisive weapons of mass destruction, invents 70,000 soldiers from the numerous Syrian factions who are apparently ready to join us in anti ISIS action. No other source has seen these people but no-one would accuse a British Prime Minister to twist the truth in order to bomb the Middle East.


Our Chancellor joined the fun by declaring, “Britain has got its mojo back,” now that we are bombing people. A mojo used to be some sort of charm or spell and now usually means stuff to do with sex, in Osborne’s case seeing war as a test of male virility and the dimensions of his cojones.


The BBC has been calling the ISIS terrorists “militants.” I know I shouldn’t trawl the press on such matters but I came across some criticism of this in the comments page of the Daily Express.


“Time to get rid of the British Bolshevik Corporation, It’s a hotbed of pinkoes who love anything except their own country. It needs a Stalinist purge.” And “…the Biased Brainwashing Club – it is run by foreigners anyway.” I have corrected the punctuation and spelling and removed the angry capitals because freedom of speech surely involves correct use of the language.


Britain has been keen on getting involved in Libya,Kuwait, Iraq and Syria, nobly to protect the innocent. I am at a loss as to what the Yemeni people have done to be ignored in our attempts to spread peace even though they do have some oil. Saudi Arabia bombs, ISIS blows things up and the USA drone bombs terrorist suspects in the The Yemen. Oxfam states that more than 10 million Yemenis did not have enough food to eat, in addition to 850,000 half-starved children. Come on Cameron and your mojo boys, go sort that out.


Whilst changing boats in midstream, spare some sympathy for the free speech of our new Heavyweight Boxing Champion of the World, Tyson Furey. Rapidly nominated for BBC Sports Personality of The Year until he aired his views on women’s place in the kitchen and “on their back,” abortion and homosexuality at which point the clamour for him to be banned almost deafened those praising free speech in Britain.


On a parochial note, I recently put myself on the butcher’s block of a town planning meeting. The elderly and their parents greeted my standing to speak with howls of, “Liar” and, “Why do we have to listen to him!” If they had been given knives and forks they would have eaten me. However, in these times of old people being hoaxed by conmen I would advise them to be wary of saviours calling themselves Dazzer and Supergazza. Don’t trust them to change your world by inclusion on Facebook “Spotted In” sites , the modern day stocks. It is a universal value that we respect the elderly and it is a British Value that we do this no matter how badly behaved they may be.


Our schools have now to encourage or inculcate, inject or demand adherence to British Values. Some British Values seem to be rather stereotyped: we drink tea, have a stiff upper lip, are rarely roused to passion and like queueing and then complaining about the queue. Others, less kindly, add that the British value class, snobbery, elitism and emotional retardation. Many universal, common and British Values can be summed up as doing the right thing, contributing to society, paying one’s taxes, picking up litter and working hard for example.


As a Spurs supporter I cheerily hummed along to La Marseillaise in international solidarity . If only I had known the words (translated, of course, as it is a British Value that we do not learn other languages)


Arise, children of the Fatherland
The day of glory has arrived
Against us tyranny's
Bloody banner is raised
Do you hear, in the countryside
The roar of those ferocious soldiers?
They're coming right into your arms
To cut the throats of your sons, your women!


No wonder that the French liberals had our admiration, until many then voted fascist in their elections.


To schools and schooling: where does our free speech thrive. In our faith schools perhaps? Trinity Christian School, “will seek to view everything , in every area of the curriculum, from a biblical worldview,” and would not be, “driven or constrained by secular values in society.” I think this could have easily come from an ISIS website

, if you substitute “Quranic” for “Biblical.”


This brings me to some biblical instructions, from which we can pick and choose, or simply obey.


Dr. Laura Schlessinger an American dispensing radio advice said that, as an observant Orthodox Jew, homosexuality is an abomination according to Leviticus 18:22 and cannot be condoned under any circumstance. End of debate.


But what of these?


I would like to sell my daughter into slavery, as sanctioned in Exodus 21:7 and I wonder what would be a fair price for her?


I know that I am allowed no contact with a woman while she is in her period of menstrual uncleanliness - Leviticus.15:19- 24. The problem is, how do I tell? I have tried asking, but most women take offence.


Most of our teachers seem to be working on the Sabbath. Exodus 35:2 states they should be put to death.


Leviticus has a lot of advice:


Eating shellfish is an abomination. I may not approach the altar of God if I have a defect in my sight. A farmer must not plant two different crops in a field nor can a woman wear garments made of a cotton/polyester blend.


Is it really necessary that we go to all the trouble of getting the town together to stone the miscreants? Couldn't we just burn them to death at a private family affair like we do with people who sleep with their in-laws?


Today in Bejing blogger, Pu Zhiqiang, is on trial accused of "inciting ethnic hatred" and "picking quarrels and provoking trouble," having been in prison for 18 months. Mr Pu posted comments mocking the ruling Communist Party and questioning policies towards the country's minorities.


An Egyptian military court has reduced the jail term of Maikel Nabil a hunger-striking blogger imprisoned for two years on charges of criticising the military.


In Saudi Arabia blogger, Raif Badawi got 10 years in prison for "insulting Islam" and setting up a liberal web forum. He was also sentenced to 1,000 lashes.


Amnesty International has recorded a growing number of cases of people detained or imprisoned for disseminating their beliefs or information through the internet, in countries such as China, Syria, Vietnam, the Maldives, Cuba, Iran and Zimbabwe.


I guess it’s good I live in Britain.